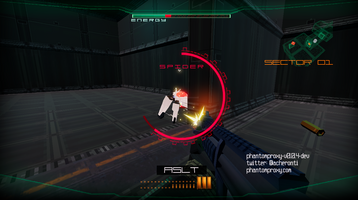 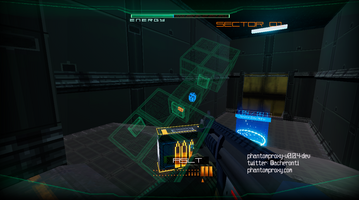 This week comes with a lot of gameplay fine tuning and getting closer to the basic core loop / interaction with enemies.

This is the end of Sprint II. I got somewhat ahead of myself on some of these features, especially the enemy health fill. It's definitely one of the main mechanics of the game and I couldn't stop myself from working on it, but it pushed multiple weapons, new enemies, or rooms to the next sprint. Jumping also took longer than I thought (and it still needs tweaking), but it feels closer to how I imagined it feeling.

Hopefully I can bring back dashing in the next sprint, but I think my main focus will be a secondary weapon and a rudimentary weapon management system.

If you read this far, thank you so much for your interest in my game! Give it a shot and let me know what you think!