A downloadable Cyberpunk FPS for Windows, macOS, Linux, and Android

Earth is gone. The only remains of humanity are kept alive in cyberspace afterlife.

Only the wealthiest individuals uploaded their souls into the hedonistic binary abyss.

Their servers maintained by the working class software living in sub-level decaying pixels.

ITS TIME TO END THE AFTERLIFE

BECOME PART OF THE COMMUNITY

See how the game is made by watching developer live-streams on Twitch that include level design, programming, art, and sound creation!
https://www.twitch.tv/acherontigamedev

If you played the game, please fill out the Feedback Form!

If you have an unsupported device, input mapping is coming soon!

DISCLAIMER: I do not claim ownership of the soundtrack used, it is an example of the type of music I want in the game. The game will display the soundtrack name and artist in the lower left corner during gameplay!

Will touch controls ever be added?

This looks and plays how Coded Arms could've been. The style and gunplay feels similar yet more fluid and less janky. I love it!

This is so good and so inspiring. I plan to keep following in the hopes you are able to return to development.

Love it so far! The visuals, sound design, roguelike elements and gunplay fit really well. There's also this nostalgic, adrenaline-driven Time Crisis feel that just really hits the spot. Would appreciate maybe a control scheme for mouse and keyboard though? I have no idea how to salvage and it's been cutting my runs short. Wishlisting this definitely.


Edit: A small vid of some of the cooler things I got to do in the demo.

Thanks for the reply and playing the game! At the moment, you can press the 'B' key to salvage

really dumb question, but is there a setting tab? i'd love some resolution and shadow control. the gamepad isn't detected.

At the moment there aren't any settings yet, working hard on the core gameplay loop ! And what OS and gamepad are you using?

thank you for responding to my issue. my gamepad is just an xinput controller and windows 10.

Reply
A chill demon2 years ago

Will touch controls ever be added?

At the moment I am using Android builds as a benchmark to try and keep the game running on low-spec devices, so I won't be adding touch controls until later in development, perhaps when I finish the core gameplay and for the final demo release.

The game is meant to be played with a controller, and more companies are coming out with controller peripherals for phones like Razer. It is possible that the more mechanics I add, the less likely touch controls are viable. So my answer is maybe*.

Is there any way to heal?

At the moment, there are no health pickups, only ammo at the end of the level.

You can now heal yourself by salvaging loot drops with the B button or key!

I must say thanks for that, I hope you get some more motivation for the game, it was a blast 6 months ago and it's a blast now!

Feels reminiscent of Coded Arms, especially the title screen, kamikaze robots, and how all enemies leave green code behind when they're destroyed. I've been waiting for a proper spiritual successor to that game for a long time.

Potential here. Too repetitive as is. Love the MGS inspirations.

Thanks for the feedback, I'll be starting to work on this project full-time soon; be sure to check back in a month or two. Mouse-input needs a lot of work and I am in progress on enemies. I'm glad you enjoyed the style!

Feels very nice to move around and shoot enemies. I'm curious to see where this game goes.

Application folder:
C:/Users/Snarf/Desktop/PhantomProxy_0.0.1-Windows
There should be 'Phantom_Proxy_Data'
folder next to the executable

-Player has to rename one of the folders

Mouse binding didn't work for me despite not having any controllers installed.

Will upload a fix right now

Okay give it a try and let me know! 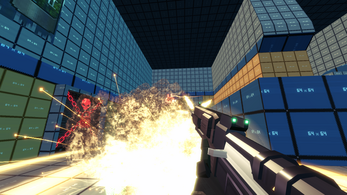 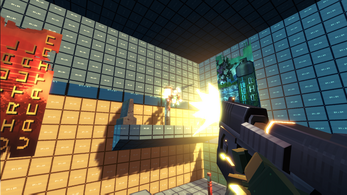 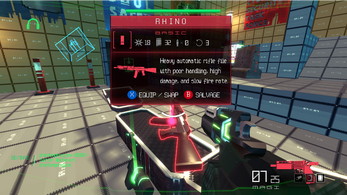 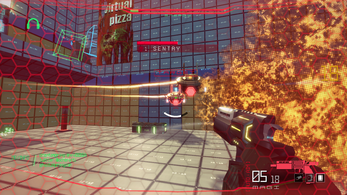 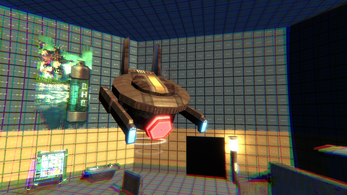