Development Progress and Road to GDC2020

It's been a long time since I have updated the project, and that's because I've been stuck behind the test engineer desk for 8 months. After getting enough savings, I've finally left and I am going to work full-time on making Phantom Proxy the best it can be! Most key is that I be streaming all the work I do at https://www.twitch.tv/acherontigamedev and posting all updates to https://twitter.com/acheronti.

So let's move ahead with the important announcements!

Phantom Proxy's primary goal is to get a release on the Nintendo Switch, so in order to be able to develop the game with the correct expectations in mind, I am going to target the following platforms for initial development testing:

Developing on Android is going to help limit the scope of graphics quality and content so the game will be easily portable to the Switch. I have already migrated the project to the Universal Render Pipeline (formerly Light-Weight Render Pipeline) in Unity so that the game can run as fast as possible on mobile.

The great thing about working with Android is that I currently have a mobile setup very similar to the Nintendo Switch using the Razer Junglecats. If you can get over the general lag of Bluetooth, it becomes a great way to test the handheld experience! 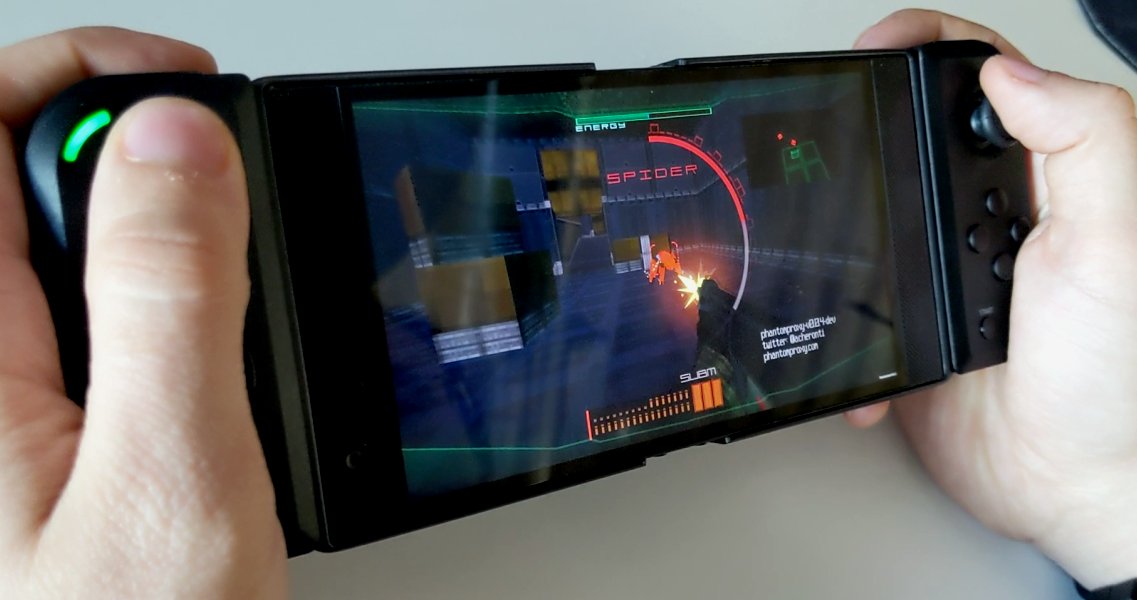 As for Linux and Mac, I will consider releasing experimental builds for these platforms when I reach major project goals, and will need feedback and testing to see if these platforms are viable as I do not have a way to test either thoroughly.
They are currently not a priority over the Android and Windows build.

While I haven't been working on the game consistently since the last build, I have been experimenting with UI and (as seen above) getting the game running on Android with ideally 60 FPS. Here is a list of changes made since last time:

Since all these changes lead to an unstable game loop, the original demo will remain until the game gets closer to a solid testing grounds for new enemies and weapon mechanics (see next section). 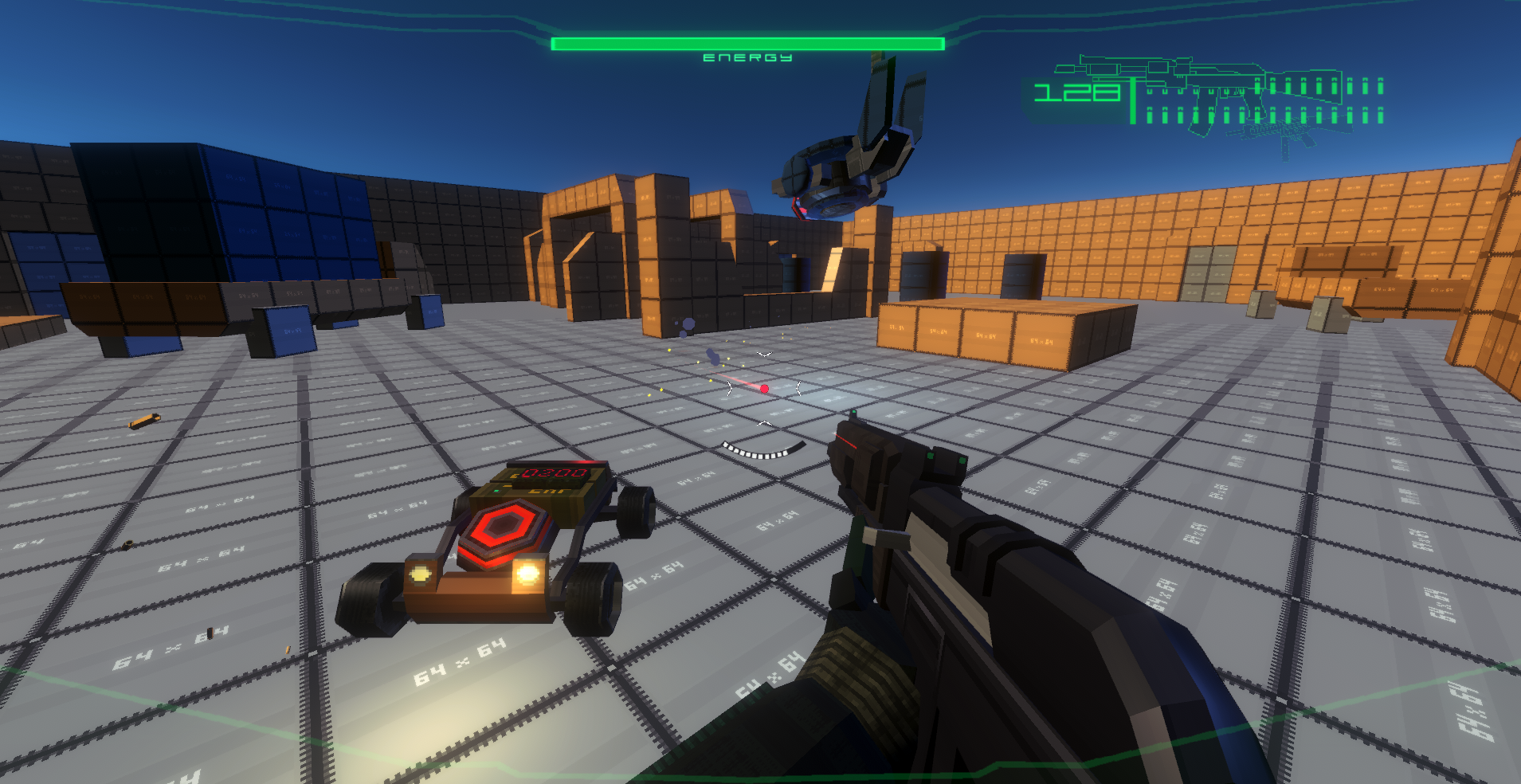 So what happens next? Now that I am working on the game full-time, I need to give myself deadlines and events to go to so I can show the game and work towards getting my hands on a Switch dev-kit. There are many, many long-term goals I have for the project but for now, I need to find the minimum amount of features to build a testing ground for combat arenas. Therefore, before March 16 I want to complete the following:

For now, these are my minimums for a playable wave-based demo. While the wave mode may not stay in the final game, this is the best way I can achieve a quick demonstration of the core mechanics and also focus on building enemy AI. The game will be at its best with the interaction of the lock-on and making deliberate choices on what you shoot.

In addition, core mechanics will be held more important than visuals. If I don't have time to work on the shaders, then the enemies will just poof! I won't work on procedural generation or art assets until I know the game has fun enemies and weapons.

Thanks to everyone viewing my game and showing interest over the past week! I'm so grateful that word is spreading about my project and that there are people interested in my prototype!

As I get into the flow of things, I am uncertain how often I will stream or update with developer logs on the game. As soon as I know what I am comfortable with, you'll be the first to hear it.

If you are going to GDC, let me know in the comments and you can try out my mobile demo or you can show me what you are working on!