My partner and I (Justin Kim) worked on a game called Xenith Defenders.

Xenith Defenders is a two player versus action game. Players are tasked with controlling slow tanks by turning and acceleration, and firing at each other until the other player blows up. They play on a variety of maps with different layouts and compete to win as many times as they desire. There is currently no meta-win condition, only score for elimination. The art style and sound is inspired by atari games with only white and black. The game is 16 bit art with only key items colored.

My role as the producer and programmer was to build the experience Justin and I brainstormed in class to design the game, and I took the design home and realized the vision with Godot python scripting and their node based system. I spent most of my time going through the Godot and GDscript documentation before programming the final product on saturday and sunday (3/17-18). 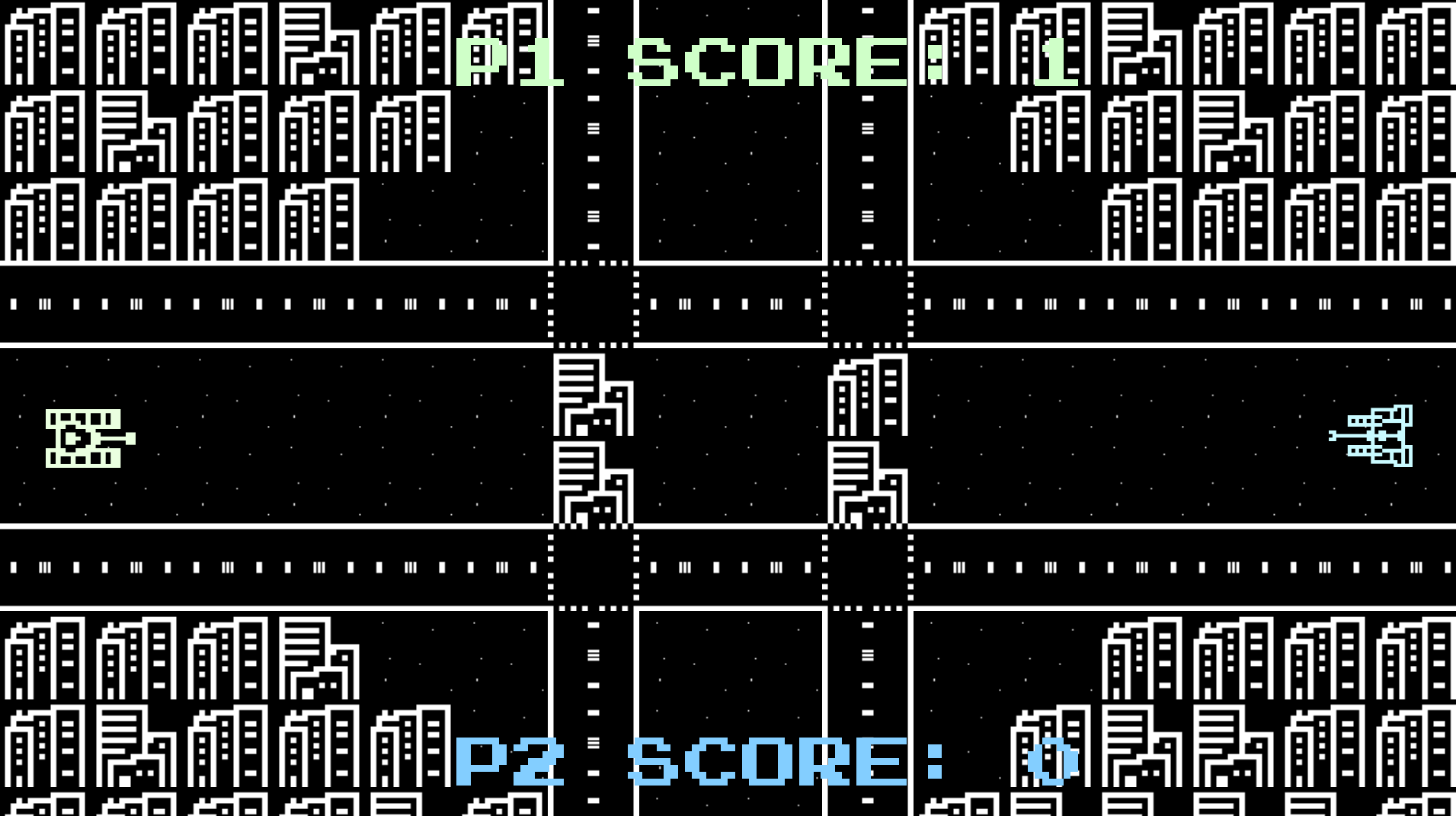 Since the game is two player, my playtest session consisted of both Adam and Bobby playing at the same time against each other.

Players came over to the game off style and sound alone. After Adam and Bobby, I had two extra play testers who wanted to play just out of curiosity and interest from watching others play.

On art and style, Adam said they were "all very cohesive and came together great" and the "sound was married to the art style."

Bobby commented that his favorite moments were "attacking and dodging enemy strikes." When questioned if he would change anything about the game, he said "there's not much I would change because this game was really fun, but maybe perks." His favorite layout was level 3.

As I openly stated before, the game has no win condition, as picked up by Adam. He also criticized that camping was the better strategy since buildings blocked the tanks shots. He also felt that stalemates and camping would be a problem to the games flow.

As stated earlier, Bobby felt that perks, or in other words, more mechanics would aid the games replay-ability.

My response for this session is to improve on what sets this game apart,  and to keep it simple while adding more to the mechanics .