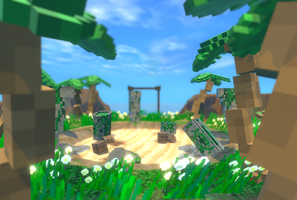 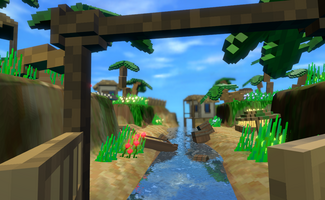 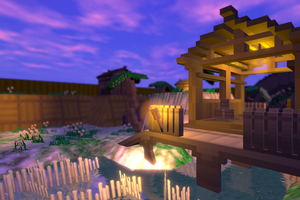 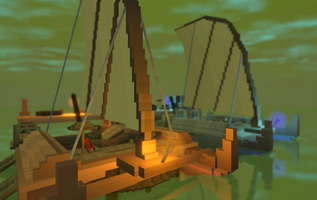 This update was overdue by about... 4 months.

Let's focus on the powerups first.

So the 1.2 part of this patch is the powerups. I finished these in September but I never got around to getting rid of some of the minor bugs, but I don't have the time to fix these bugs as they don't destroy any of the core experience, just some weird visual hitches.

The powerup system is a random item sphere that will spawn after thirty seconds or on every second round for a stage. They will hold a random item that can quickly overpower and change the dynamics of the game from a air b-hopping stare contest! 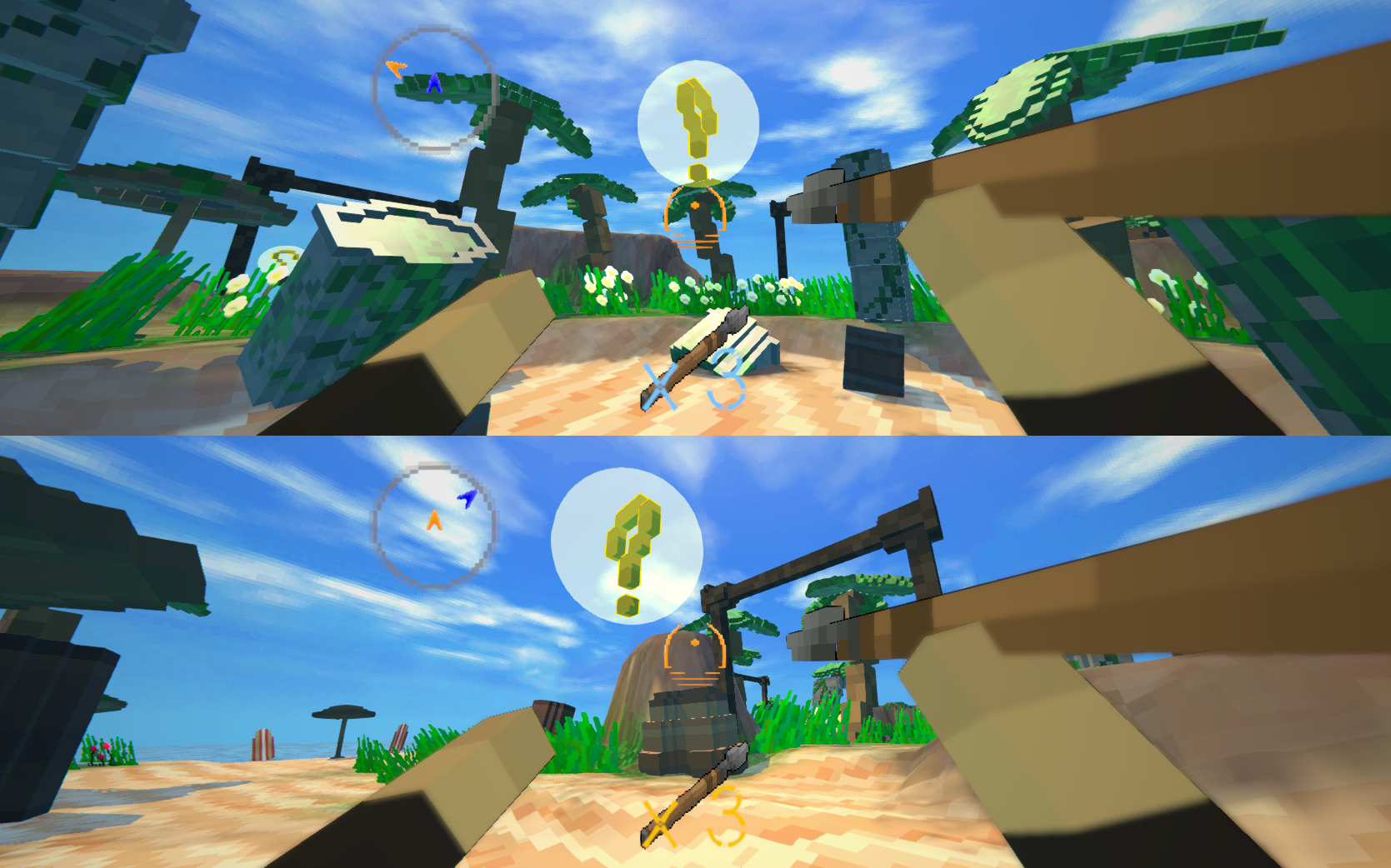 Within these powerups are instant kill boxing gloves, pummeling hammers, giant hitbox tridents, one hit armor, and finally a shield!

This change was absolutely necessary to spice up the core gameplay mechanics. While punching for stuns fixed the problem of people who run a lot, these powerups will spice up the gameplay by throwing melee focused items and survival tactics into the mix. It will force players to change up their play styles!

The post processing stack I added into this game really polishes up the visual art style and literally smooths the jaggies of the gameplay. Motion blur fixed a lot of the jitter of camera tweening and player movement. I only put enough of it to smooth the look controls, not too much that would hurt the eyes like some other games!

A tinge of vignette and aberrations combined with a depth of field makes the focus of the player camera seem more intense and gives the illusion of greater depth on the spear itself!

I also changed the Unity lighting from gamma to linear, forcing me to change a lot of lighting on every level.

Most of these changes led to a more poppy and colorful style, and a more aesthetically pleasing night time level for Temple where Moku's pallet has changed to a brighter green.

You can see these changes in the pictures attached with this devlog!

I think this is the last update I will make to Ka'Poon except to fix those last tiny bugs sometime.

I feel comfortable putting this game to a rest. I learned a lot from it, especially about UI and animation, which I have been playing around with in a new FPS project. I also started learning modeling in blender, so my next project will NOT use Voxels (thank goodness).

However, I am currently working on a contract therapeutic VR project for a professor, so I cannot work on a new project until I have more free time, or perhaps I am working at an actual studio!

Please feel free to message me or email me if you want to chat about game development or where I am in my life after this post!